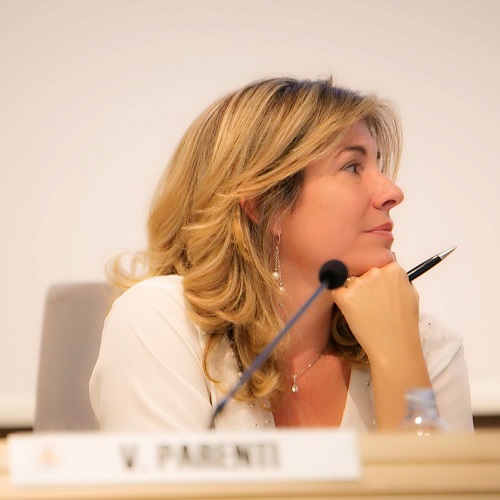 Entrepreneur and journalist, Valentina is the President of Valentina Communication, one of the first PR companies born in Italy, with a strong expertise in highly innovative sectors. She is President and co-founder of GammaDonna® which has been tackling the issue of gender unbalance, while promoting female and young innovative entrepreneurship, for the last 15 years.

Strong believer in the value of relationships and commitment as an accelerator of impact, she is promoter and active part of numerous organizations and initiatives – the last of which #DateciVoce and #GiustoMezzo. In 2012 she co-founded the interassociative table Yes4To – an unicum in the national scenario – which gathers today 24 associations, representing over 20,000 young entrepreneurs and professionals from the province of Turin.

She studied and worked abroad, being in charge for several years of the Secretariat General of the World Finance Association (IAFEI). Listed by Startupitalia among the 150 women to be followed in Italy when it comes to innovation, in 2017 she was appointed Advisory Board Member of Assolombarda STEAMiamoci, for the reduction of the gender gap in the national economy.